Explore the capital of South Korea, Seoul, taking pause at palaces and temples, and sampling regional cuisine too. 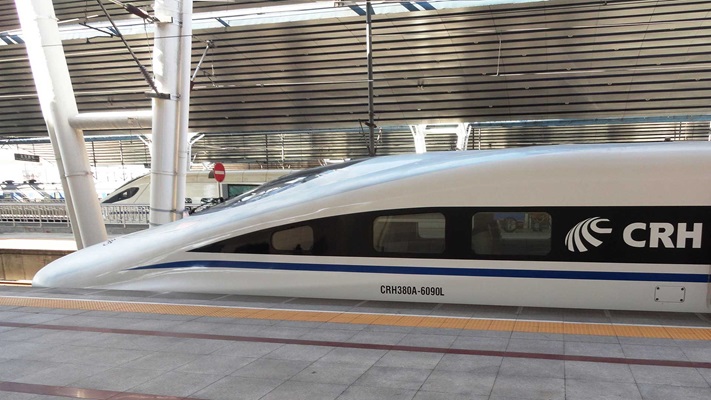 Experience the high-speed efficiency of China's rail network as you travel in air-conditioned comfort.

Absorb the breathtaking views from the Mutianyu section during an unforgettable visit to the Great Wall of China.

Designed exclusively for our guests

Enjoy an included special or unique excursion or event

This evening, you’ll be escorted to dinner at a traditional Korean-style BBQ house. Smoky meats and sizzling savoury pancakes are often on the menu.

Arrive in South Korea’s capital city. After being taken to your hotel, you might enjoy some time at leisure. After your Insider Experience at dinner, you’ll be transferred back to your hotel which is located in the heart of Seoul.

Later today, you’ll learn how to make South Korea’s national dish, kimchi, during a cooking class and demonstration. Originally made with radishes as they were a ready ingredient of the region, kimchi has since developed, and different vegetables are preserved using the process.

See the changing of the guard ceremony at Gyeongbokgung Palace, the largest palace in South Korea. Built in 1392 at the beginning of the Josean Dynasty, this palace was the main royal palace for five centuries.

Fill up at breakfast this morning - you’re in for a full day of a sightseeing. The excitement begins with an Insider Experience at Gyeongbokgung Palace. Continue on to Insadong Antique Alley where quirky amulets and jewellery among other wares are scattered across stalls. Poke around the many streets, maybe picking up a souvenir or two. Afterwards, continue to Itaewon Street and Seoul Tower. More than just a radio and television tower, the many levels of Seoul Tower have an array of exciting attractions including an observatory and wishing pond. Enjoy another Insider Experience later. Return to your hotel later for a well-deserved rest.

Visit a local Hanok Village in Jeonju. While here, stop in at the bamboo-clad Gyeonggijeon Shrine and Jeondong Cathedral.

On your way to Jeonju, you’ll stop in at Geumsan and visit a local ginseng market to sample the traditional root once it’s been fried. Literally meaning ‘human root’, the raw plant can look like the legs of a person.

Today farewell Seoul and set off for Jeonju. After sampling fried ginseng root, you’ll head to Jeonju Hanok Village. Afterwards, visit the Hanji Museum and experience making the traditional Korean paper. Dinner is served at a local restaurant this evening before you are escorted back to your hotel.

Visit the oldest observatory in East Asia, Cheomseongdae, which dates back to the 7th century and stands as a reminder of the influence that science had on Korea’s developing culture over the years.

Enjoy breakfast at your hotel this morning before being transferred to Gyeongju. Set your sights on the Bulguksa Temple resting on the slopes of Mt Toham, Tumuli Park, and Cheomseongdae Observatory. The afternoon is then spent at leisure before an evening visit to Donggung Palace and Wolji Pond. Explore the site which was only properly uncovered and renamed in the 1980s before returning to your hotel. You might like to enjoy dinner here, or head out to explore the streets and sample a delicious local meal.

Depart Gyeongju after breakfast this morning and travel to Busan. Upon arrival, you’ll be taken on a city sightseeing tour of some of Busan’s most well-known sites including Busan Tower, Jagalchi Fishery Market and the UN Memorial. You’ll also spend some time at the Oryukdo Skywalk. Translating to ‘Walking in the Sky’, this glass walkway is suspended over the ocean for an unreal perspective. After some free time, you’ll be taken back to your hotel where you’ll enjoy dinner.

Board one of South Korea’s famous KTX Express Trains to Seoul. Watch the beautiful countryside whip past your window, and jet right past busy cities as your train reaches speeds of over 300 kilometres per hour.

After breakfast at your hotel, you’ll board one of South Korea’s famous KTX Express Trains to Seoul. Once you’ve arrived, you’ll stop in at the Namdaemun Market with time to explore. Once finished, a guide will take you to your hotel.

Today is dedicated to the fascinating relationship between North and South Korea. You’ll visit the Demilitarised Zone (DMZ) in Paju to gain an understanding of the bordering countries. See Imjingak Park, the Bridge of Freedom and The 3rd Infiltration Tunnel where it’s believed that some 30,000 soldiers could pass through within an hour. You’ll also spend time at the DMZ Theatre and Exhibition Hall, and the station, along with Dora Observatory which offers binocular views into North Korea. Return to Seoul for an afternoon visit to the War Memorial Museum to reflect further on the conflict, and finish off with your Farewell Dinner.

Today fly from Seoul to Beijing, China and transfer to your hotel.

Enjoy the day to explore on your own. Tonight, meet your China Tour Escort for a Welcome Dinner.

This morning, visit Tiananmen Square, one of the world’s largest city squares. Continue to the Forbidden City. Steeped in history, it is the former home to an ancient line of Chinese emperors. After lunch, explore the World Heritage-listed Summer Palace.

This evening, sample Beijing’s most iconic dish with a delicious banquet of Peking Duck at a local restaurant.

Discover China’s greatest icon, the Great Wall of China. Take in breathtaking views during a cable car ride to the Mutianyu section, one of the best-preserved parts of the wall. Return to the city later, passing by the Beijing National Stadium (the Bird’s Nest) and the bubble-covered Water Cube. Continue to a cloisonné factory and enjoy a guided tour, learning about Chinese cloisonné. Tonight enjoy an Insider Experience.

This afternoon, board a high-speed train headed for Xi’an.

This morning after breakfast, visit the Temple of Heaven, an imperial complex of religious buildings founded in the first half of the 15th century.

This evening, indulge in a traditional Chinese dumpling banquet.

Known for its remarkable collection of Terracotta Warriors, a discovery of Xi’an awaits today. Admire the excavation pits that have housed the thousands of sculptures since around 210 BC. Every sculpture is unique, with distinct facial features, hairstyles, postures and clothing. Spend the afternoon on a guided tour of Xi’an, taking in some of its most famous sights, including the Great Mosque, the lively Muslim bazaar and the Small Wild Goose Pagoda.

Board a high-speed train to Chengdu.

After breakfast this morning, you will embark on a high-speed train journey to Chengdu where you’ll be transferred to your hotel. The charming Tibet hotel tastefully combines traditional Tibetan decor with modern furnishings.

Spend the morning at the Chengdu Research Base of Giant Panda Breeding. Here you’ll learn all about how the pandas are being protected.

After your Insider Experience and lunch at a local restaurant, visit the Buddhist Wenshu Monastery and learn about the ancient structure. Finish your day with a visit to the charming Jinli Street where bright lanterns light up the path.

Travel by train to Chongqing.

Following breakfast at your hotel, travel to Chengdu’s Renmin Park. Also known as the People’s Park, this lush garden is a hub for locals. Sample a range of teas at a teahouse before travelling by train to Chongqing where you will enjoy dinner at a local restaurant before boarding your river ship. Kick back and begin your relaxing three-night cruise along the Yangtze River.

Today will be spent exploring Shibaozhai, an isolated peak rising from the northern bank of the Yangtze River. On the river side of the hill sits a magnificent red twelve-storey pavilion built during the Qing Dynasty. Tonight you’ll enjoy a Captain’s Dinner.

This morning, set off on a shore excursion to Shennv Stream, a small tributary of the Yangtze River with its narrow gorges and picturesque mountain sides. Much of the landscape remains in a pristine state due to the light boat traffic which travels through here. This evening, enjoy a traditional Chinese buffet dinner back on board the ship.

Later today, depart on a high-speed train bound for Wuhan.

Bid farewell to your river ship and disembark in Maoping. Spend the morning at the Three Gorges Dam Site and take in the colossal scale of the world’s largest hydropower project.

Later, transfer to the station and catch a high-speed train to Shanghai where you’ll spend the evening at leisure.

Today begins with a visit to the Yellow Crane Tower, a five-storey yellow tiled marvel sitting at the top of Snake Hill. Perhaps explore the city’s streets at your own pace, or spend some time in your hotel relaxing.

This morning, take part in a tea ceremony at a traditional teahouse in Yu Garden.

After your Insider Experience, it’s time to experience Shanghai’s bustling bazaar before visiting the historic Jade Buddha Temple. After lunch, explore the Bund, a famous waterfront area home to an impressive collection of European style buildings. Continue to Shanghai’s French Concession and wander through the leafy streets. This evening you’ll get to taste the traditional flavours of Shanghainese cuisine during a Farewell Dinner at Xianqiangfang Restaurant.

Your iconic adventure through China comes to an end today. After breakfast, you’ll be transferred to Shanghai airport for your onward flight.

In all we had a fantastic holiday. We would recommend Travelmarvel to all who'll ask.